Like wines, cigars change in taste with time; although the aging period is measured in terms of decades, we cannot ‘place the cigars in humidors, lay them down for a couple of years and find them taste better’. While some prefer the freshly rolled cigars, other smokers take the time to age their own cigars.

Good ventilation not only gets rid of the ammoniac smell, it also encourages fermentation. A faster fermentation makes cigars more ‘flavoursome’ quicker. Fermentation generates a lot of substances which constitute the pleasant flavour of Havanas. This might be the cause of the pseudo-knowledge that cigars need to ‘breathe’. Also, oxygen in large quantities, like in wine, destroys some of the delicate flavours.

The rule that you should follow is 70/70, 70 degrees Fahrenheit (21 degrees Celsius) and 70 percent humidity. Cedar is the most conductive material to ageing when we talk about the humidor’s lining, as the wood is highly aromatic and is built of its own natural oils. It is best to use a cedar-lined humidor, but if not, you will have to open the lid to exchange the air, prevent any mould and get rid of any impurities which have been released from your cigars.

Experts recommend that you should have a separate cigar humidor the primary purpose of ‘maturing’ your cigars. The size of the humidor should be approximately twice the volume of cigars. The larger the cigar, the better the structure for ageing. The thickness of a cigar generally points towards a wider variety of tobacco used within the casing; therefore, the longer you rest it, the more complex the flavour will become. You should also know low- quality cigars won’t benefit from time in the humidor as they don’t improve from aging.

Should you age your cigars or not?

It should be noted that as a cigar matures in time, it does not necessarily taste better to an individual smoker.

There will always be something extremely rewarding about lighting up a cigar after the hard work you have put in by ageing them yourself.

A young cigar is ‘punchy’, a cigar at first maturation is ‘flavoursome’, at second maturation ‘classy and elegant’, and in the third maturation is ‘ethereal’. These are absolutely different virtues of a great cigar and cannot be compared. Shortly, when Havanas ages, they just become different.

Which is better depends on personal preferences. And when it comes to personal preferences, sometimes you may want a ‘punchy’ cigar, or a ‘flavoursome’ after a heavy meal. You might be in the mood for ‘classy and elegant’ cigar to brighten up your spirit or just want an ‘ethereal’ cigar.

Ultimately, you can always buy your cigars online, as they have already been aged. We have a great range of cigars in our online store supplied by Hunters & Frankau, an exclusive UK Distributor for all Havana cigars (Habanos) as appointed by Habanos s.a., the Havana-based company responsible for distributing Cuban tobacco products worldwide. 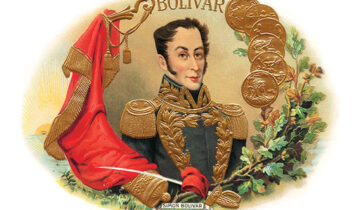 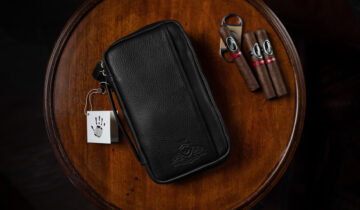