The J.C. Newman Cigar Factory in Ybor City recently received something they’d never seen before in more than 100 years of cigar making. It was a wooden box with 20 perfectly preserved cigars inside that were made in Tampa 116 years ago.

“The cigars are of different sizes. Some are longer, some have tapered heads, some are rounder, some have darker tobaccos,” said Drew Newman of the J.C. Newman Cigar Company.

The box was found in a basement in Plano, Texas by a customer of a local cigar store there. A man at the store took one look and told his customer to call Tampa. The cigars are from the 1906 debut of the Ponce De Leon brand made by the Cuesta Rey Cigar Company, purchased by Newman in 1958.

“Tampa cigars a hundred years ago were made with all Cuban tobacco,” said Newman. “This is dark, Cuban tobacco, grown in Cuba, shipped from the Port of Havana to the Port of Tampa, and then rolled by hand here in the Cigar City.

It’s not a normal cigar box. It’s larger and more ornate, with a strong handle and protective hardware. Newman said it belonged to a cigar salesperson. While thousands of workers made cigars in Tampa, salespeople were dispatched across the country to sell them.

“They went from store to store and town to town, displaying their wares, using boxes like this,” said Newman.

The Ponce De Leon cigar was considered a premium brand. “A hundred years ago these cigars probably went for five cents apiece.”

Newman said other good cigars sold for two to three cents apiece at the time. He said the cigars were perfectly preserved and could be smoked, but they never will be.

Newman said he doesn’t know what the cigars are worth in dollars, but in terms of historical value, he said they are priceless.

“It’s an important piece of Tampa history that we want to preserve for another 116 years,” said Newman.

The long-lost box of cigars is now on display at the J.C. Newman Cigar Factory. It’s open to the public on weekdays from 9 a.m. to 5:30 p.m., although visitors are encouraged to arrive before 3:00 p.m. when cigar rolling stops. Admission is free. 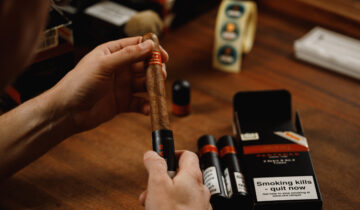 How A Cigar Is Made Of 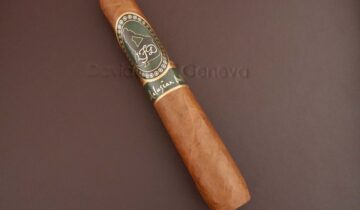