The brand Sancho Panza was registered in 1848 by Don Emilio Olmstedt, a German who also created the El Rey del Mundo brand around the same time. The address was a small factory located at 48 Angeles Street, Havana.

Sancho Panza is the name of the servant of Don Quixote, a famous character in the novel ”Don Quixote” by Spanish writer Miguel de Cervantes.

After the death of Olmstedt in 1870, the brand was purchased by Salvador Perito y Cia in 1874. Business slowly declined and in 1898 the production was discontinued. Shortly afterward, it was purchased by the firm Munozo, Alonso y Cia. Unfortunately, this went broke in 1920. In the 1920’s the brand survived under different ownerships, Allones Limited in 1920, Cifuentes, Pego y Cia in 1927. It was purchased by the Rey del Mundo Cigar Company in 1930’s. It is believed that around this period two legendary models were created, the Sanchos and Molinos.

In the Registry of Exporting Manufacturers in 1940, the bran appeared under the ownership of Rey del Mundo Cigar Company, located at no. 852 Padre Varela Street, Havana.

In the 1950’s it was the most popular cigar brands in Sapin. Post-Revolution History

Because of the brand’s popularity in Spain, production remained uninterrupted after the Revolution. In 1972 Cubatabaco official cigar catalog, 11 models were listed.

In recent years, its popularity seems to be slowly fading.

Sancho Panza cigars have a unique kind of ” Sancho Panza grassy flavor”, which is more pronounced and different from the characteristic ”Cohiba grassy flavor”. A unique impressive pronounced salty taste is also noted, not found in any other brands. Despite being medium in strength, they age extremely well in the longer term, particularly the Coronas Gigantes, Belicosos, and Sanchos.

All models taste quite similar. Mild grassy, plain woody flavours and medium tobacco taste are blended with subtle sweetness and saltiness in great balance. More and more ”woody” sweetness is noted when the cigars age. The saltiness does not change. The ”woodiness” is very classy and elegant when compared to other brands. The cigars might taste one -dimensional when new. Various kinds of subtle flavours together with pleasant ”woody sweetness” slowly develop as time goes by, with great complexity and balance. A 15 to 20-year-old one is very classy and elegant. No cigar of other brands has such magic. All negative impressions about Sancho Panza cigars are invariably due to the fact that they are not adequately aged. 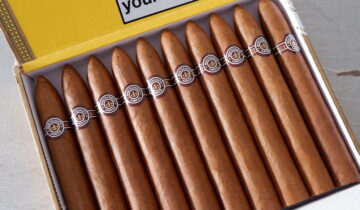 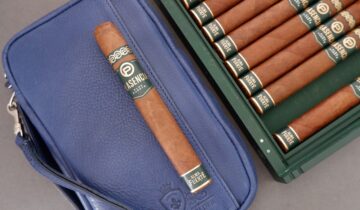 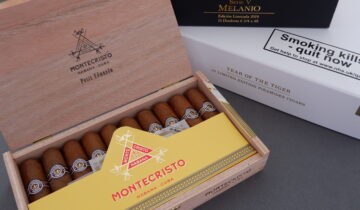