Bienvenido Pérez, popularly called ‘Chicho’, became the chief of Fidel Castro’s bodyguards after the Revolution. In 1963, Chicho offered him one fuma made by his friend Eduardo Rivera. A fuma is a cigar rolled by the torcedor for himself. Fidel Castro liked the cigar immediately and asked Eduardo Rivera to make more. Fidel’s anonymous cigar soon became a legend.

These cigars started to be offered as diplomatic gifts to foreign heads of state as early as 1964, when it did not yet have a name or its own cigar band. Cigar bands bearing the names of the VIPs who received them were used instead.

In 1964, a small factory was set up in a former country club to make these cigars.

The cigars did not have a name. In 1966, Eduardo Rivera’s personal assistant, Celia Sanchez, during one of their conversations, christened it Cohiba. This was what the Indians called cigars during the time of Christopher Columbus.

In 1967, the original factory moved to El Laguito Factory, a former beautiful country mansion built in the 1920’s.

Although the cigars were given the name Cohiba in 1966, the new brand did not have a design until 1969. The first design only lasted for a very short time. The second design lasted until 1989 when the Cohiba label inside the wooden box was changed, and in 1994 when the cigar band was slightly modified.

*Between the mid-1960’s and 1969 the post Revolution cigar bands of the diplomatic cigars began to have a special design.

Cohiba as a brand

Cohiba is the flagship brand of all Habanos S.A. brands. It enjoys the reputation as the top brand of all Cuban brands since its international launching in 1982.

This is the only brand where the tobacco goes through the ‘third fermentation’. The seco and ligero tobacco is aged for a further eighteen months in cedar wooden barrels. Many people do not understand that is the raw tobacco, and not the finished cigar which is aged. New Cohiba cigars might suffer the same sick period as other brands do. This is a result of the accelerated fermentation of the moistened tobacco leaves before rolling. They should be consumed from at least 3 years of age, if the cigar tastes green or has draw problems.

A minimum of 5 years of aging is recommended. The substantial tobacco continues to generate complex and pleasant flavours.

There is a unique unmistakeable very pleasant ‘Cohiba’ grassy taste, which can last for a long, long time. Strong bean flavours, mainly vanilla, cocoa and coffee also predominate. The bean flavours do not last as well as the grassy flavours. It is best to smoke the cigars within 5 to 7 years of age if you are a fan of the bean flavours. Cohiba ages extremely well and very old ones have extremely good balance and aftertaste.

Cohiba is not for everyone. Their strength and richness might be too much for a novice or non-Cuban cigar smokers. The Siglo Series is the mildest but is still medium in strength.

Cohiba has been recognised by cigar lovers all over the world as a brand that has consistently created exceptional cigars and bringing out new, exciting cigars. Using the most innovative thinking and most exceptional materials, the brand has managed to hold its position as a leading brand of the cigar world, and we do not expect that to change anytime soon.

“You have to have the right atmosphere, really be in the right mood to really fully enjoy a Cohiba”. Raul Julia 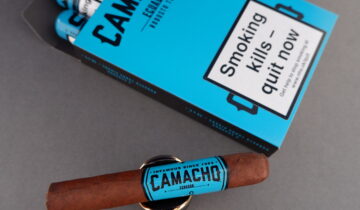 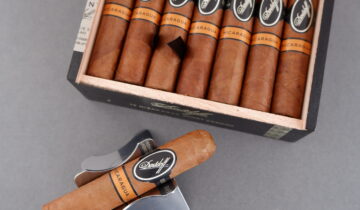 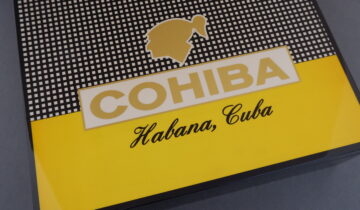