Over the years, the elegantly rolled cigar has been treated to the same type of status we generally reserve for items like wine and food. And for good reason, as the best-rolled cigars tend to reflect the place of origin, and give the smoker an experience unlike any other.

But that’s not to say it’s the easiest hobby to start. Cigars like good wine, cooking, or golf can be a little intimidating. We’re here to get rid of that sensation and get you on the cigar smoking.

Cigar smoking relies on distinctive tobacco blends to offer a real, tangible smoking experience without any related high. It’s all about the flavor and, while we acknowledge the health concerns, the look. There’s something intriguing about a person smoking a cigar, especially if they know what they’re doing.

You probably already know you do not inhale a cigar. Your lungs and body wouldn’t like you much for that. The key is a good puff, the same as pulling air through a straw without actually inhaling. Think of the smoke as something you mull over and even chew on more than ingesting. Take in enough to fill your mouth and then blow it out. Repeat four or five times (maybe more) until your cigar starts producing thick smoke.

By now, the cigar is smoking beautifully. Slow your puffs and simply enjoy the flavours and having the cigar in hand. To keep it going, puff every 40 seconds or so. Cigars can be pretty intense, so treat it like a marathon and not a sprint. Cigars can be paused and relit, later on, no problem, but must be done within about two hours otherwise the flavours and the taste will be altered.

Removing the cigar’s band is a matter of personal preference. Some people prefer to do it right away, and others like to leave it on. This is up to you, but if you want to remove it, we suggest leaving it on first. The heat of the cigar will loosen the adhesive, and you’ll be less likely to damage the cigar’s wrap when you take it off.

If you like the cigar you smoked, keep the band or take a picture to know what to buy in the future.

As you smoke, your cigar will begin to develop a head of ash on the tip. Do not tap the ash off like you would with a cigarette. This is a big NO NO in the cigar world. Gently roll the ash on the ashtray until it breaks off. 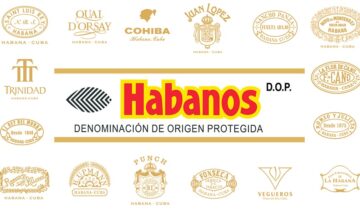 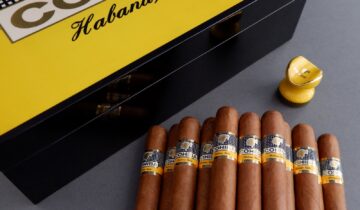 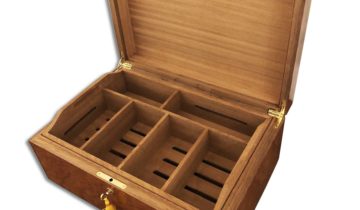