Don Jose Gener y Batet was a Spaniard who immigrated to Cuba at the age of thirteen in 1831. He worked in his uncle plantation in Vuelta Abajo. In 1850 Jose Gener opened a new factory in Havana where he subsequently created a new brand called La Escepcion.

The La Escepcion brand proved to be a success. In 1860 he bought the Hoyo de Monterrey farm in the famous San Juan y Martinez area in Vuelta Abajo. This area was renowned for producing the best tobacco in Cuba at the time.

The brand Hoyo de Monterrey was registered in 1865, at 7 Principe Alfonso Street, Havana. The Hoyo de Monterrey cigars, with its very affable sweet and fragrant tobacco blends, soon won international success and was very popular in the British market.

Don Jose Gener y Batet went back to Spain in 1895 and died there in 1900. His daughter Lutgarda Gener took charge of the prosperous business. At the time of his death, the Hoyo de Monterrey factory was the largest in Cuba, employing no less than 350 workers and producing over 50 mil cigars a year. After the death of Jose Gener, the cigar business faltered. The family was focused more on the sugar cane plantations business than growing tobacco.

In 1931, the brand Hoyo de Monterrey, along with La Escepcion was sold to the company Fernandez Palicio y Ca, S en C located at 7 Maximo Gomez Street. This firm was founded by Ramon Fernandez and Fernando Palicio, and which already owned the famous brand’s Punch and Belinda at the time. Ramon Fernandez died in 1948, Fernando Palicio took over the business and established the firm Fernandez, Palicio y Cia, S.A. as the sole proprietor.

Production remained uninterrupted after the Revolution, along with other brands, Punch and Le Esception.

Hoyo de Monterrey cigars were popular as they were before the Revolution. And this remains unchanged today.

Hoyo de Monterrey cigars are characterized by their soft, sweet style. The tobacco blend is creamy sweet, mild, and aromatic.

The big advantage is that the cigars do not need much aging and can taste brilliant when new. The downside is that the blend seems to lack enough tannin and congeners to develop further depth and complexity beyond 15 to 20 years.

Nonetheless, this might be of academic interest only. This brand tastes brilliant compared to other longer maturing brands in the first few years and serves well to provide a choice of very pleasant smokes for people who have no time to age their cigars. And serious smokers who prefer fine aged cigars have plenty of alternatives to choose from.

The Le Hoyo Series, which is significantly much more” woody” than regular Hoyo de Monterrey cigars, age much better. 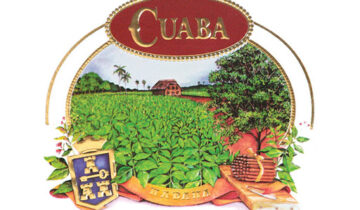 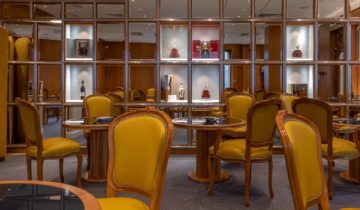 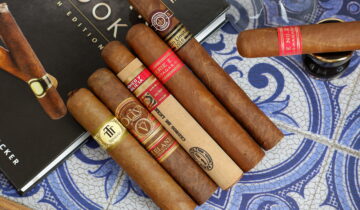 Handcrafted Wooden Tray For Your Cigars